How it all began

One title already out and three more in the pipeline

Corvus has dipped its toe in the saga market with the publication of Nicola Pryce’s debut novel PENGELLY’S DAUGHTER last month, selling 4,000 copies so far. Three further titles are planned for next year, one by established saga author Jean Fullerton, who has moved from Orion.

Sara O’Keeffe, Corvus Editorial Director, said: “Pengelly’s Daughter really captured the attention of the trade, securing strong supermarket orders across the board. It represents the start of an exciting new direction for Corvus, with three brilliant sagas lined up for 2017.” 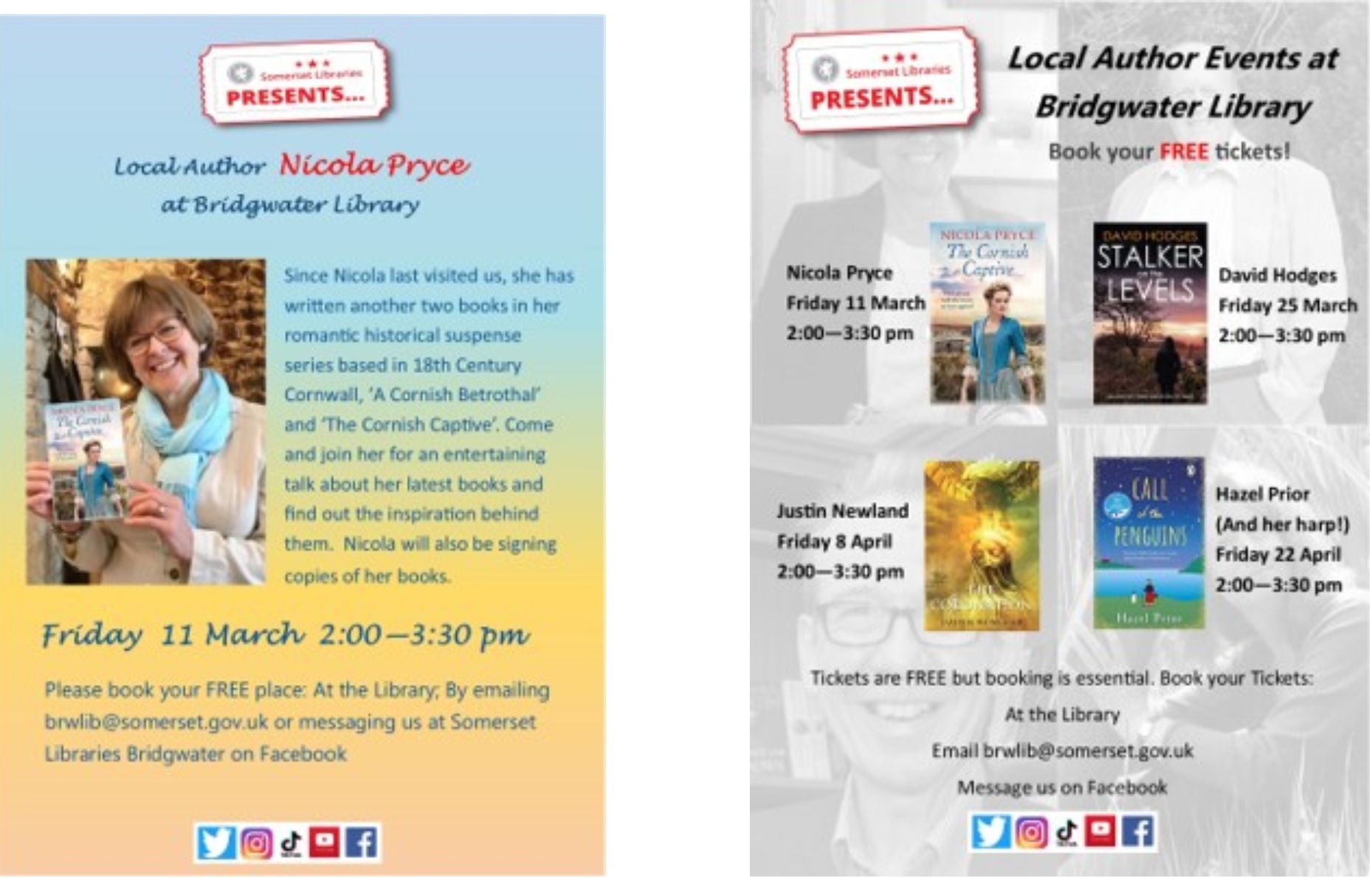 Thank you for reading and reviewing my books.
Best wishes, Nicola Pryce

Teresa Chris, Nicola Pryce’s agent, said: “I am a bit of a saga queen, with Dilly Court and Ellie Dean in my stable, and I was absolutely thrilled when Sara O’Keeffe said she had fallen in love with a Cornish saga set in the late eighteenth century that I had taken on. I have always respected Sara’s publishing ability and knew that in her hands Pengelly’s Daughter would be published in the best way possible as the first saga for Corvus. Sara’s judgement has proved right and with the perfect package the supermarkets are showing their support for her judgement.”

The second title is THE CAPTAIN’S GIRL by Nicola Pryce, set for July 2017, and is the second instalment in Nicola Pryce’s saga, acquired by Sara O’Keeffe as part of a world rights two-book deal from Teresa Chris at The Teresa Chris Literary Agency.

Sail with me to Cornwall

Why I write Historical Fiction

Portraying a character with opium addiction

Émigré Spies and the Alien Act of 1793

Book Trail: A map and photos of places featured in Pengelly’s Daughter

Book Trail: A map and photos of places featured in The Captain’s Girl

Book Trail: A map and places featured in The Cornish Dressmaker

Staying in with Gwen from The Cornish Dressmaker

Fabulously Festive. How I spend my Christmas

Tracks of my Life:

Women Writers: Why I write.
https://booksbywomen.org/nicola-pryce-why-i-write/

My rather steep learning curve.
https://www.writing.ie/resources/dialogue-my-rather-steep-learning-curve-by-nicola-pryce/